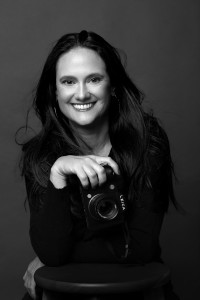 Born in Brooklyn, raised in NYC and SF. Jamie Johnson is a photographer specializing in fine art and documentary projects around children.

Jamies' passion for faces of the next generation has been a lifelong focus. She has traveled the world capturing images of children and childhood around the globe. From Laos to Cuba, from the Amazon to Mongolia and around the world and back, she has found a universality in the world of children and her passion grows stronger with each new adventure. The lifestyles, cultures and traditions of growing up around the world are closely examined in her photos and each connection she makes with her young new subjects creates lifelong friendships with the families. Her work has been exhibited Internationally in galleries and museums in Los Angeles, New York and Paris, and has been published in dozens of magazines. Jamies' work is in the permanent collection of several American museums. She has won top 50 of Critical Mass in 2017 and 2019 and has a huge collectors base of A list celebrities. Her first monograph “Growing Up Travelling” was released Sept 2020 Published by Kehrer Verlag and has already won several awards for best photo book in 2020. She was recently named Photographer of the Year 2021 by PX3

Her wet plate collodion series, “Vices” traveled the world in dozens of galleries, museums and is in the collection of America’s top art collectors. Jamie currently lives in Los Angeles and has two daughters, Lillianna and Violet.